Learn More
OVEN RACKS IN STOCK AND READY TO SHIP!

In the 1980s, after having been in business for just a few years, we began to make stainless steel oven racks on a custom basis for Chicago-area bakeries which had been buying imported racks from their oven manufacturers. We came up with some design improvements such as square tubing instead of round and our caster-mounting plate design and began selling to other customers as well. One of our first customers was Boudin Baking, then in Bensenville and later in Addison, working with Ray. 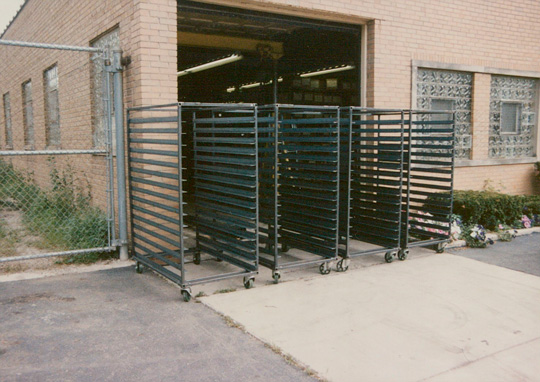 Some years later, we saw that others were making oven racks of aluminum and we asked our aluminum suppliers if they thought the aluminum would hold up to the temperatures, up to 550℉ They were skeptical, so we made an aluminum oven rack, took it back to Boudin Bakery and had them put it into service. After about one year, it was still in good shape although there was some scratching on the slides where screens with sharp corners had slightly gauged the metal. The customer made the decision to continue using stainless steel oven racks.

So, what is a SHOPCraft rack? The photo below will give you the idea. The most important design feature whether it’s an aluminum or stainless steel rack is #5 on the photo: Parallel tubes at each end of the base to which are welded caster-mounting plates. Casters are bolted to these plates, NOT through the tubing which means we can use a shorter bolt and avoid the bolts opening up the holes in the tubing over time, which is the main reason racks lose their rigidity. 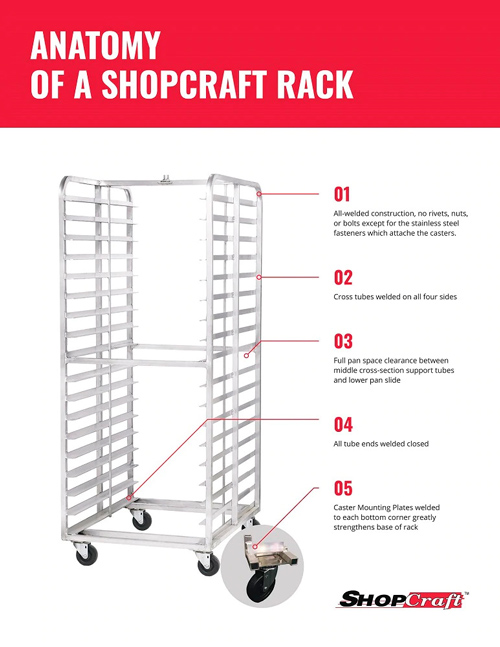 Secondly, all tube ends are welded closed, limiting infestation and moisture accumulating in the tubing. Next is the location of the horizontal cross-tube which doesn’t reduce the clearance of the slide below it. Then there’s the vertical support tube in the side panels of double racks which reduces the span of the slides by half and finally, the plate casters are attached with stainless steel fasteners to make it easier to change casters should that become necessary.

So that’s it. 5 features to improve service and durability that you won’t find with other brands. 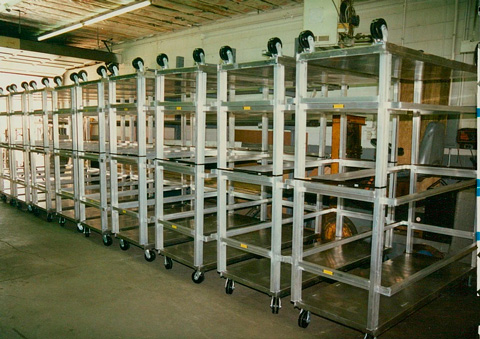 In the early 1990’s we got the idea that there was a market for a more durable aluminum pan rack, not meant for use in ovens. We started with the 5 features mentioned above, added 1/8” wall tube and 1/8” aluminum angles for slides, and the rest is history! In 1993 we launched the SHOPCraft brand and we knew right away that we were on the right track as customers started ordering. SHOPCraft racks aren’t only for sheet pans. One thing we have to offer is the ability to customize our designs to meet customer specifications without delay or a lot of increased expense. If our customer uses 20” x 30” peel boards, or 800 mm x 600 mm fillets, we can accommodate them. 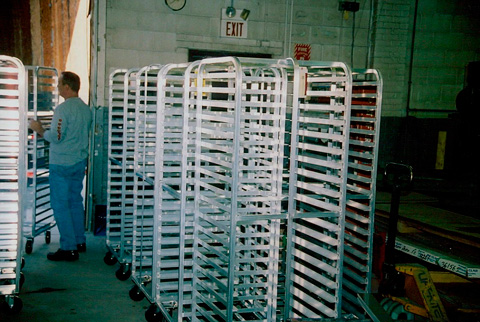 One of our many claims to fame is the durability of SHOPCraft racks. Over the years we realized customers were still using our racks five years, ten years or more after first putting them into service. In fact, in 2015, we ran a contest to determine who had the longest time in service for any SHOPCraft product. One of our early customers, Turano Baking Co., was still using aluminum proof racks we made in 1993, our debut year! That was five years ago and we’re still hearing from customers about how well SHOPCraft racks perform after years of continuous service. How much did Tony Turano pay for those racks? I don’t know, and I’m sure he doesn’t either. The point is he invested in SHOPCraft racks and got a return on investment year after year after year. 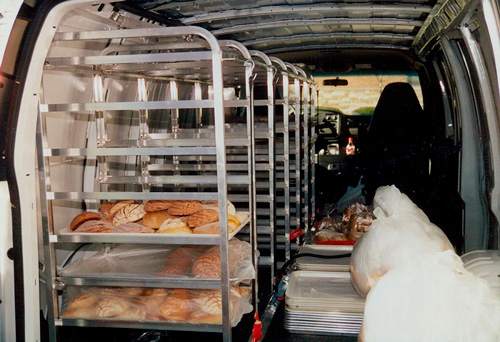 Well, that’s the SHOPCraft story. We’ve developed other brands since but our original idea for a rack with better materials and better design to give our customers better service is still a winner in the market!