Custom Cart for an Aerospace Company in Chicago, IL 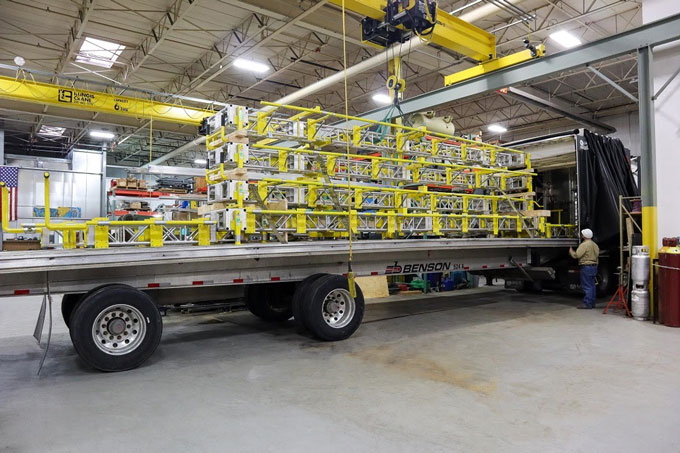 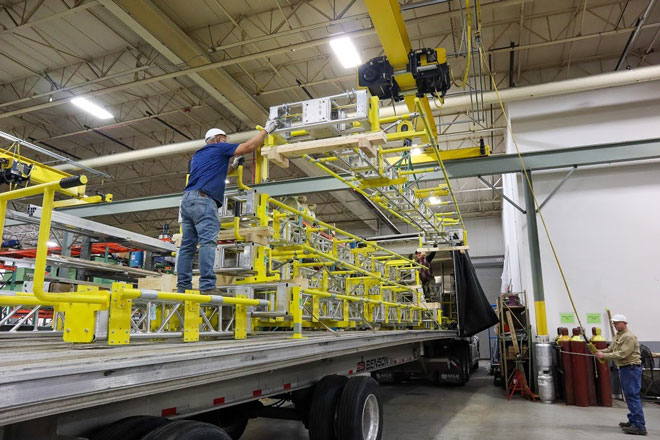 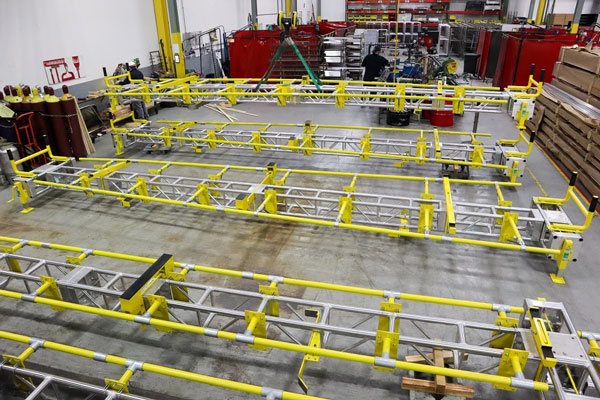 Initially, we were approached to supply custom bakery racks to store carbon fiber material in a deep freezer to extend the product life span. Other projects were done as a result of Schaumburg's ability to customize and fabricate to customer specifications and to work with project engineers.

Solution
Schaumburg Specialties built spar carts to hold parts of the aircraft wing assembly during a painting operation and worked with another piece of equipment to receive the part, invert it, and then return the part back to the cart.

This project was to duplicate a design already in place. The project was to build spar carts to hold parts of the aircraft wing assembly during a painting operation and to work with another piece of equipment to receive the part, invert it, and then return the part back to the cart. They already had several of these carts in service but needed increased capacity.

Some of the parts of these carts were items used in stage lighting and support equipment, called box trusses. These formed the backbone of the carts and were purchased as a finished product. Another component of the cart was a leveling screw jack like is used to support truck trailers. Other components were custom machined. All steel components were painted safety yellow by Schaumburg's finishing team.

One of the parts Schaumburg worked closely with the engineering team was to provide a caster better than what was currently being used. Schaumburg partnered with domestic caster manufacture to provide a huge 12" dual-wheel swivel caster with toe guards and brakes.

Other interesting areas of fabrication were the push handles. These were pipes extending out from each end and then turning upwards to enable movement and control a custom handle tape material was applied to each handle as a grip. The final part of the project was shipping. The carts were stacked on top of each other with the wheels removed and loaded onto a flatbed trailer for transportation to North Carolina where they are used.

Photos of our process

See all our projects →